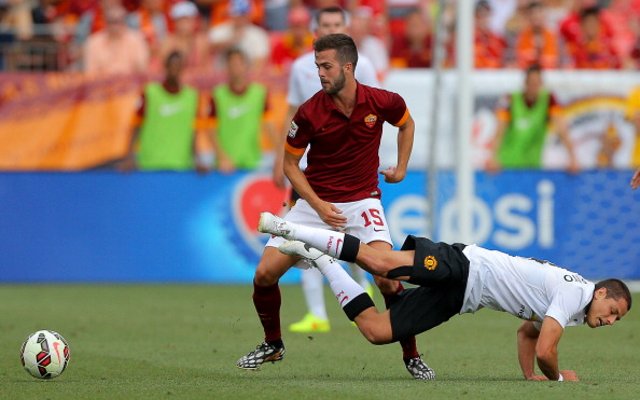 Liverpool boss Brendan Rodgers was photographed in the Vatican City on Thursday after flying to Rome in a bid to sort out a deal for Roma’s Bosnia midfielder Miralem Pjanic, 24 – (Daily Mail)

Newcastle’s Netherlands right-back Daryl Janmaat, 25, says his team always play positive despite having only one shot on target in the 1-1 draw with Crystal Palace – (Newcastle Journal)