An Indian fan was at Old Trafford for the first time for yesterday’s game vs Burnley.

An Indian supporter of Man Utd was pictured at Old Trafford for the first time in his life last night.

Unfortunately for him, the performance turned in by his side was far from worth the estimated £2,000 he spent on his return flight.

Yet again, Van Gaal’s side were widely criticised for a dismal display that was more reminiscent of a bottom of the table side than a Champions League hopeful.

United did go on to win the game 3-1, but only after being dominated for long periods. 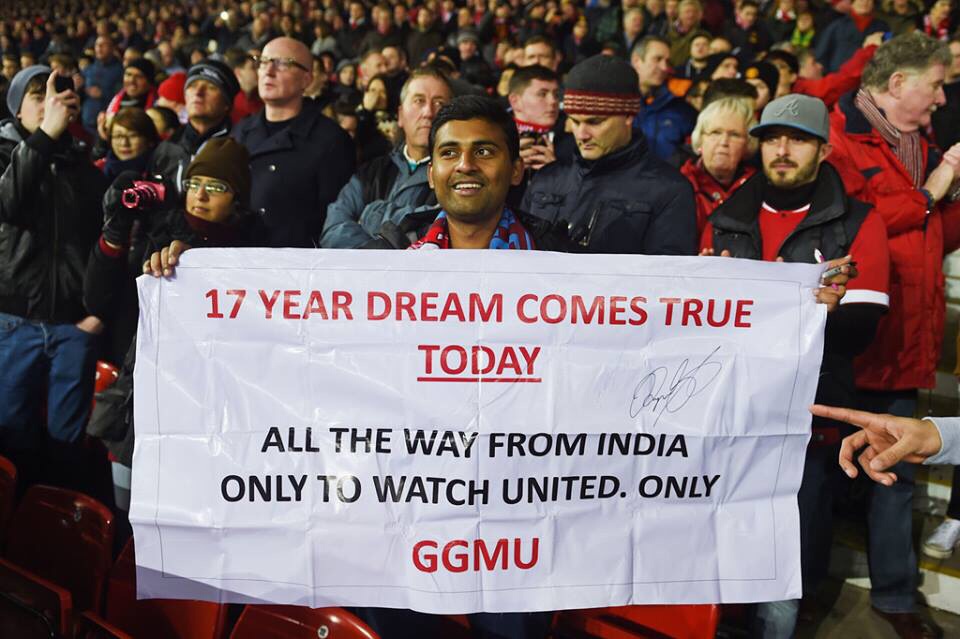