Gerrard gives an update on his recuperation…

Liverpool captain Steven Gerrard has shared a picture from the treatment table as he looks to overcome a troubling hamstring injury that looks set to keep him out for three weeks.

The Reds favourite picked up the injury against Tottenham Hotspur on Tuesday night during his side’s 3-2 but already looks well on the way to recovery.

The issue could keep the skipper out of Liverpool’s upcoming ties in the Europa league with Besiktas as well as a crucial tie with European contenders Southampton.

But despite his absence, Gerrard seemed in high spirits in his snaps; giving a thumbs up with his feet up at home and another being taken from the treatment table whilst undergoing treatment. 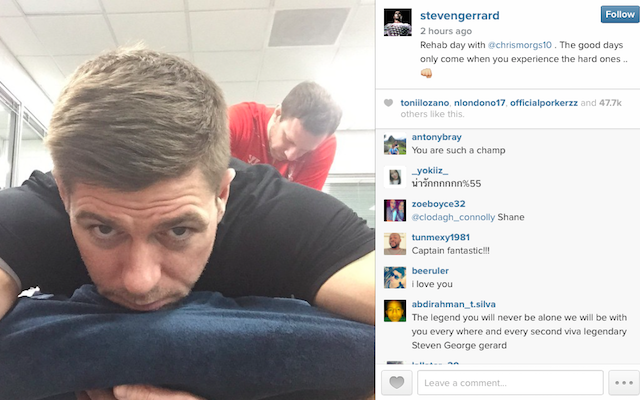 Gerrard said: “Rehab day with [Chris Morgan]. The good days only come when you experience the hard ones.” 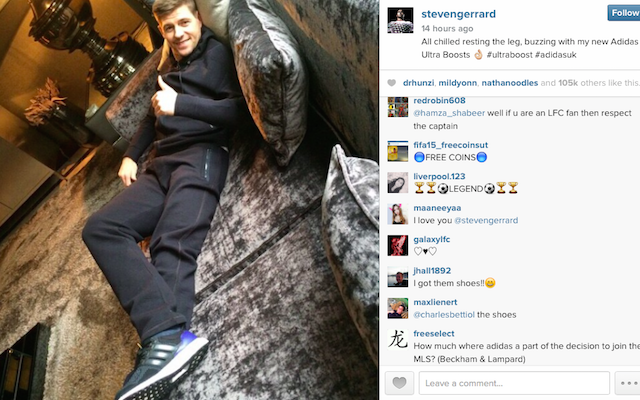 However, despite the good vibes, Brendan Rodgers could be facing a crisis in the middle of the park against Crystal Palace in the FA Cup this weekend.

Gerrard joins Lucas Leiva on the sidelines who has also been ruled out for up to a month leaving the Reds very short of numbers in midfield.