An Aston Villa fan has posted his tickets under Lambert online.

One Aston Villa fan appears to have been wasting his money in recent years.

Villa have been slumped near the bottom of the Premier League all season, and as we recently reported, have only averaged a point per game in the last 3.5 years.

We make it 14 tickets in the image – approximately £700 of football. Still, he probably saw at least three goals.

Perhaps he should ask for a refund… 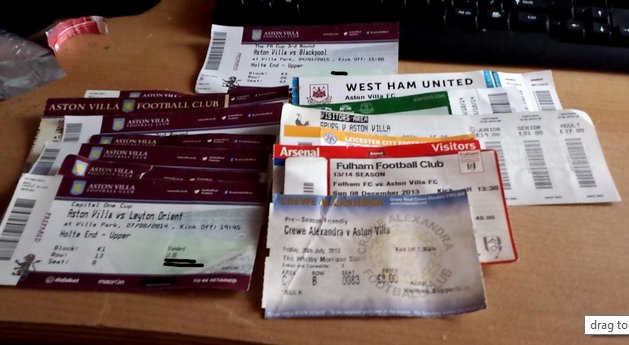