Liverpool manager Brendan Rodgers may be in Rome to hold preliminary talks over the signing of AS Roma midfielder Miralem Pjanic, according to the Daily Mail.

The Northern Irishman flew out to the Italian capital immediately after his side’s last game, and was snapped by an eager Liverpool supporter outside the Vatican.

Liverpool have been strongly linked with a move for Pjanic in recent times, and it is believed the Reds boss may have held talks over a deal, with no scouting of note to be done as neither Rome cub, Roma or Lazio, were playing. 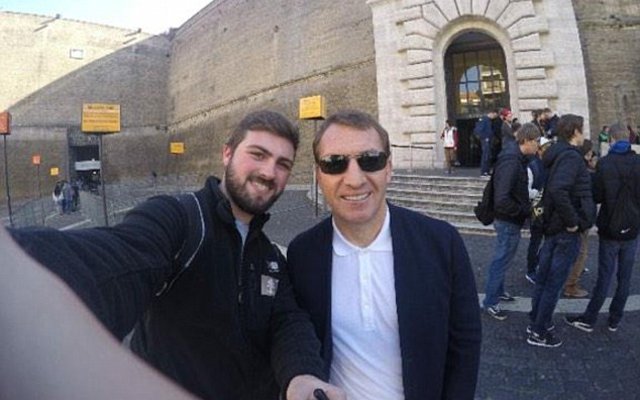