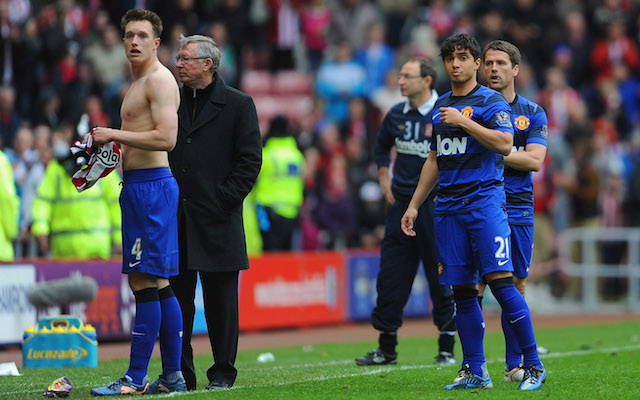 One of Sir Alex Ferguson’s most trusted coaches, Rene Meulensteeen, has said the legendary Manchester United manager is to blame for the club’s title failure in 2012.

Hated rivals Manchester City eventually captured the title in the final minutes of the 2012/13 season due to THAT Sergio Aguero goal, leaving United red-faced and glum on the Sunderland pitch.

But former aide Meulensteen says that situation would never had happened had Ferguson not dropped Paul Scholes from the starting line-up against Wigan Athletic.

“That’s where we lost the league,” said Muelensteen to fanzine United We Stand, quoted by Daily Mirror.

“The manager thought that Paul Scholes, our key player and the one who could change the rhythm of the game, wasn’t right to play two games in a week and for that reason he wasn’t in the squad and we missed him.”

Scholes had scored in the match a week prior away to QPR to their match a few days later at the DW stadium and Ferguson took the decision to rest him.

The Dutch coach also revealed that sends before Aguero’s famous last second winner, Ferguson had actually turned around and congratulated his staff and players on winning the title.

“The manager tapped me on the shoulder and said ‘well done… we’re champions for now’,” he continued.

Meulensteen left United on the arrival of doomed Ferguson successor David Moyes and after taking up a position with Fulham last season. He now runs MLS side Philadelphia Union.