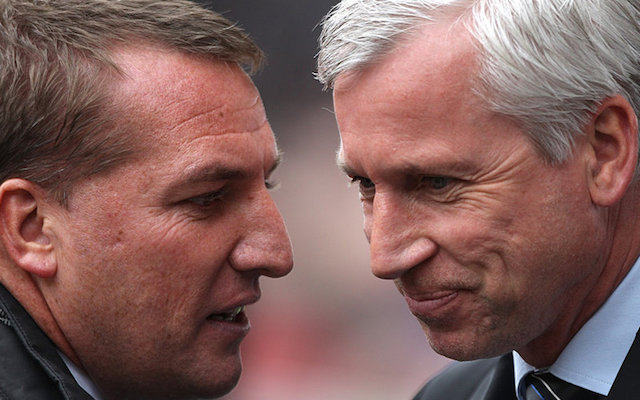 The teams have been confirmed for Liverpool and Crystal Palace’s fifth round FA Cup tie at Selhurst Park.

A very strong starting XI from Rodgers sees him make just a couple of changes from Wednesday’s win over Tottenham.

Jordan Ibe is dropped altogether with Adam Lallana coming into the attack. Meanwhile Joe Allen replaces the injured Steven Gerrard in the middle of the park.

But the hero in midweek, Mario Balotelli, doesn’t get into the starting XI and will be sat on the bench at kick off once again.

Meanwhile, Alan Pardew hands Papa Souare his Eagles debut, and former Red Martin Kelly faces his old side once again. The injured Yaya Sanogo is replaced in the starting XI by Frazier Campbell.

Jason Puncheon, Wilfried Zaha, and Damien Delaney drop to the bench following the 1-1 draw with Newcastle in mid-week.