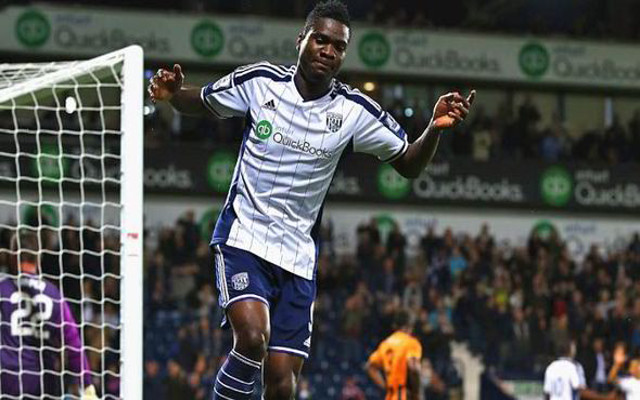 West Ham endured a difficult trip to the Hawthorns in the FA Cup, with West Bromwich Albion running out comfortable 4-0 winners…

West Bromwich Albion ended up with a rather surprising 4-0 win over Premier League rivals West Ham in the FA Cup, in a game with plenty of goals as well as it’s fair share of controversy.

It was expected to be a close fought match, but from word go it was anything but.

Brown Ideye has finally begun to find his feet at West Brom, and for the third game in a row the record signing found the back of the net. It was put on a plate for him after a mistake from Aaron Cresswell, and all he had to do was tap it in.

The Baggies doubled their lead just before half time, and what a way to do it. James Morrison picked up the ball in midfield and drove forward, before smashing a powerful long range strike past the helpless Adrian.

Ideye grabbed his second of the game just ten minutes into the second half, staying alert despite missing his first attempt. He remained in the box for the cross, and didn’t disappoint at the second time of asking. He powered a header goalwards, and with the help of a deflection made it 3-0.

Things went from bad to worse for Sam Allardyce, and his side were reduced to ten men after a moment of madness from Morgan Amalfitano. Having only entered the field as a substitute minutes earlier, the Frenchman vented his frustration by hacking down Chris Brunt.

He was in line to receive a yellow card for the challenge, but foolishly raised a hand to Brunt; forcing the referee to produce the red and give him his marching orders.

Moments later the final nail was put in the coffin, and Saido Berahino made it 4-0. He was played through on goal, but looked to have been pushed a little wide. He managed to squeeze his shot in at the near post however, putting West Ham to the sword once and for all.

The Hammers were disappointing throughout the 90 minutes, and Allardyce should be furious with the effort of his players. West Brom continue in the competition, and that win will give them a huge boost of confidence.