Alexis Sanchez is a contender for player of the season this year, and could be in contention to start in the FA Cup clash with Middlesbrough…

Arsenal top scorer Alexis Sanchez has handed the club a massive boost, with the Chilean returning to training ahead of the FA Cup clash against Middlesbrough.

After being out for two weeks with a hamstring injury, the Chilean returned to Arsenal’s squad for the visit of Leicester City in midweek.

Midway through the first half however, he sustained a nasty looking injury to his knee. Despite his desire to continue, he was withdraw shortly after half-time.

Alexis has lived up to his robust reputation by being in contention for Sunday’s clash. 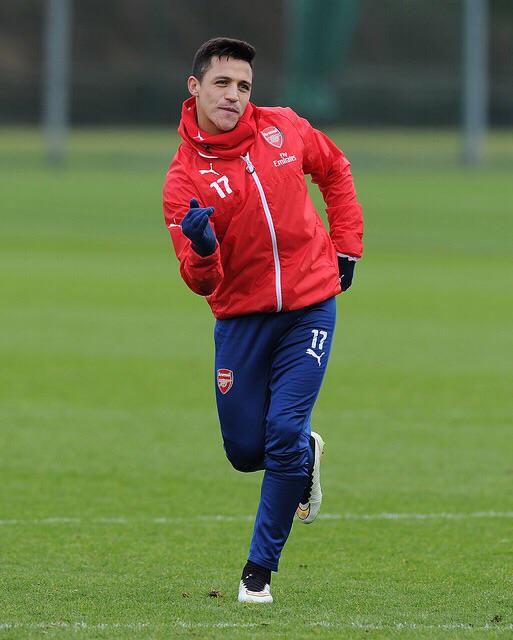