The banner says, “This ain’t no Premier League. No to the English model.”

The Bundesliga is known for it’s business model and wage structure, and it is a model that has worked fantastically for them. German players are notoriously loyal, and many never leave their homeland.

Teams in the German top flight also boast incredibly low wage bills when compared to the other top European sides, despite having a host of talented players at their disposal. 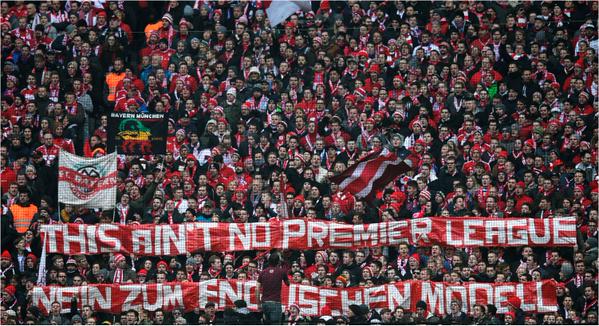