Mario Balotelli scored the winner for Liverpool against Spurs on Tuesday night, and has consequently been immortalised in stamp form…

It might be a once in a lifetime occurrence… Mario Balotelli finally scored a league goal for Liverpool this week.

The Italian has taken quite a while to get off the mark at Anfield, but finally did so on Tuesday. He netted his first Premier League goal for the club, and secured a 3-2 win for his side against Mauricio Pochettino’s Tottenham side.

Liverpool fans have been basking in the glory of the £16 million pound man’s late strike all week.

One fan has gone to extremes however, making a postcard specifically to celebrate the event.

You can see the postcard below: 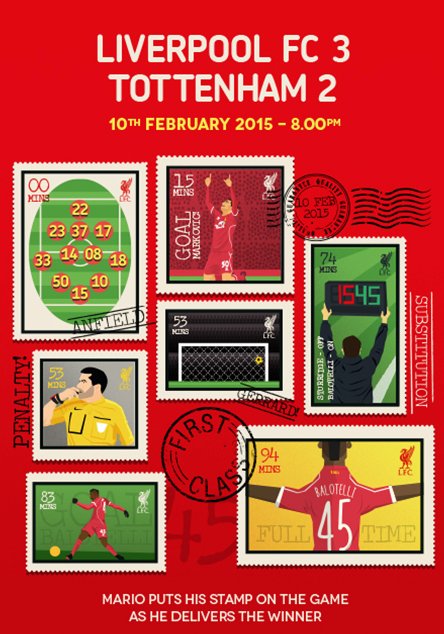