Statistics have been revealed that show Chelsea star Eden Hazard to be the best player in the Premier League.

The Belgian has been in fine form this season, and has helped the Blues to take a healthy lead at the top of the division. The 24-year-old has recently signed a new five and a half year deal at Stamford Bridge.

He is unquestionably a fantastic talent, and has shown it once again this campaign. This has arguably not been his best season in a Chelsea shirt either, which just serves to highlight his quality further. 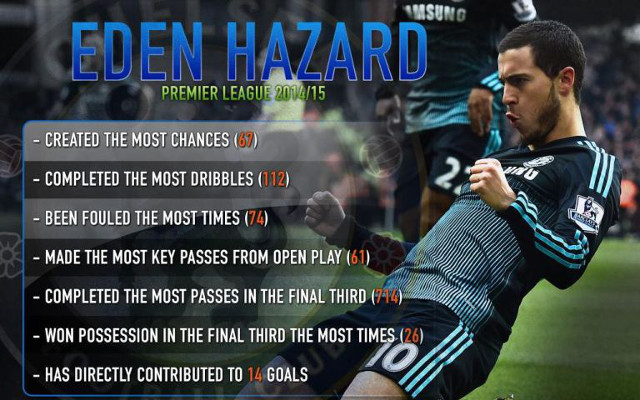