Who is the best side in the USA?

A question that is sure to arouse passionate responses from those who follow American soccer.

It’s also an interesting question for those who don’t follow the MLS too closely, as with an increasing number of European stars heading to America, it doesn’t hurt to have a bit of general knowledge about the burgeoning league.

A new league table answers the question emphatically. LA Galaxy have the best record since the league’s launch, with 1083 points from 663 games. Second are DC United with 908 points, and third are Columbus Crew with 895. At the other end, Montreal Impact bring up the rear, with a meagre 119 points from 103 games.

See the table below: 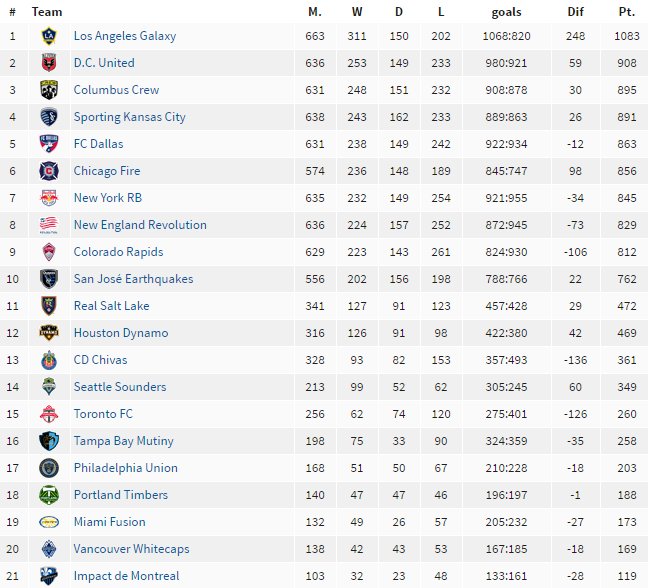