Liverpool take on Crystal Palace on Saturday evening, when they will be looking to secure a place in the quarter-finals of the FA Cup. The Reds have been in fine form domestically, with just one defeat inside 90 minutes since mid-December. They will be looking to continue that run against Alan Pardew’s side, but it won’t be an easy task.

Brendan Rodgers’ side were taught a harsh lesson last time they faced Palace, suffering a disappointing 3-1 defeat. However, the Londoners are a much changed side since that meeting at Selhurst Park, with Pardew now at the helm of the Eagles. Here’s the side we expect Liverpool to start with:

The Belgian has been in very good form in 2015, and being dropped seems to have done him some good. Despite conceding two goals against Tottenham on Tuesday, he made one brilliant save to help secure all three points.

The £20m summer signing has been firmly out of favour since the emergence of Emre Can, but with something of a midfield injury crisis dragging the German further up the pitch, we expect Lovren to finally get his chance.

The big Slovakian was a formidable presence at the heart of the Liverpool defence once again this week, and more of the same will be required here to help cope with Palace’s physical style of play. 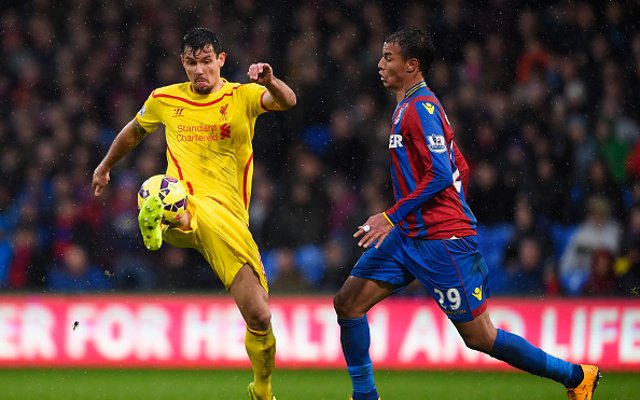