Because bricks are so romantic, aren’t they?
It’s the archetypal Valentine’s Day panic. You’ve forgotten to get your significant other a gift, uhoh. Quickly, what do you do? Flowers? Too clichéd. Chocolate? On a diet. A brick? Bingo! Errr…

The club are hoping that fans will purchase a brick of the Ibrox stadium in a bid to make their love last forever, though at £50 each we’re not too sure it’ll take off. 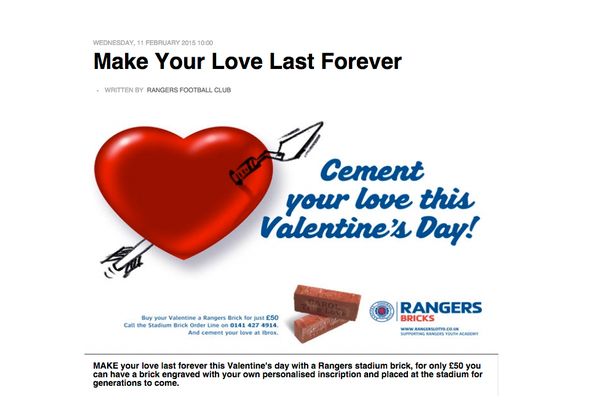