All the latest headlines from the newspapers in Spain as Real Madrid welcome Deportivo to the Bernabeu looking to bounce back from their derby loss. 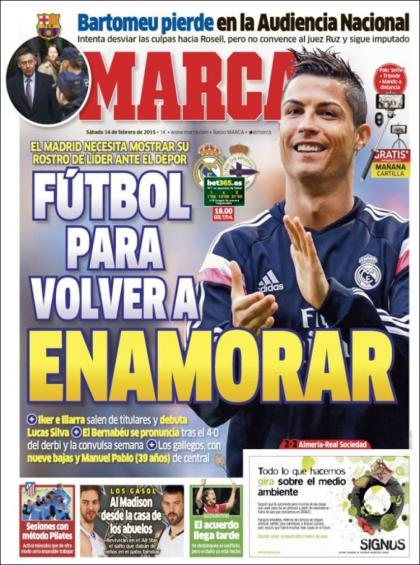 – ‘Football to fall in love with again’.

– Real Madrid need to show the face of a leader against Depor after their heavy loss to Atletico Madrid last time out.

– Iker and Illarra to start and Lucas Silva to debut as Carlo Ancelotti makes changes to his side to freshen up the look of the team.

– The Bernabeu to pronounce itself after the 4-0 derby and a tumultuous week.

– The Galicians, with nine injuries and Manuel Pablo (39-years-old) at centre-back.

– Bartomeu loses at the High Court. Tries to deflect the blame to Rosell but doesn’t convince Judge Ruz and remains accused regarding the Neymar case. 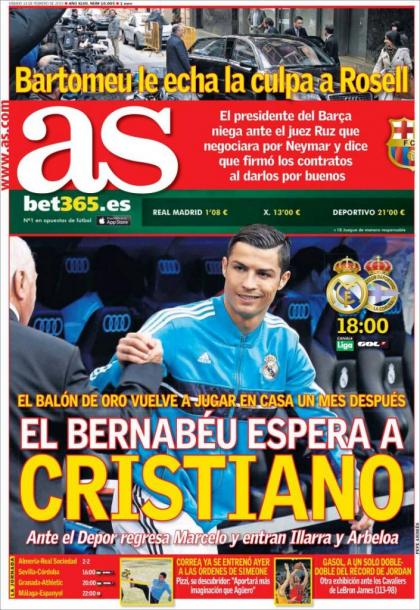 – The Bernabeu waits for Cristiano.

– Marcelo returns against Depor and Illarra and Arbeloa start as Ancelotti receives some help given all the injuries and suspensions.

– Bartomeu blames Rosell. The President of Barca denies to Judge Ruz negotiating for Neymar and says he signed the contracts and took them as good.

– Correa yesterday trained under the orders of Simeone. 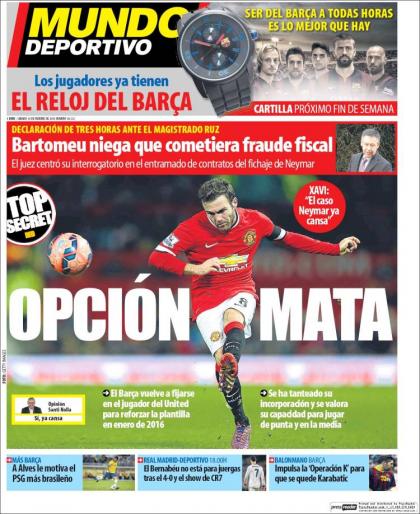 – Barca again fixed on the United player to strengthen the squad in January 2016. His signing is considered and he is valued for playing in attack or midfield.

– Three-hour statement before the magistrate Ruz. Bartomeu denies committing tax fraud. The judge centres his interrogation on the contracts in the signing of Neymar.

– Xavi: The Neymar case is boring.

– Real Madrid-Deportivo. The Bernabeu not for partying after the 4-0 and the CR7 show.