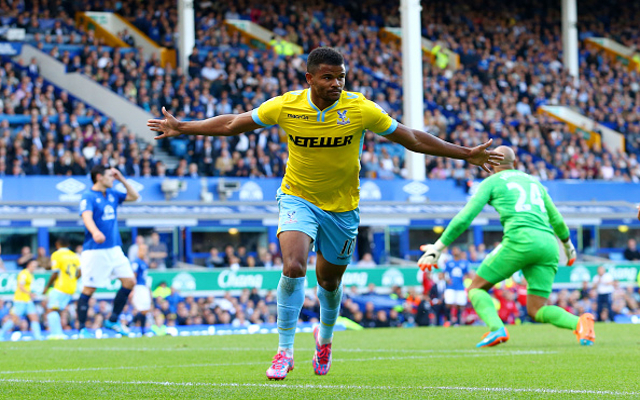 The shock is on at Selhurst Park…

Crystal Palace have taken a shock lead over Liverpool at Selhurst Park, Fraizer Campbell grabbing the all important goal.

SEE MORE:
Arsenal & Liverpool Target Wants First Team Promise Before Moving
Five Liverpool Academy Stars Who Could Be The Next Raheem Sterling Or Jordan Ibe
(Images) Liverpool & Arsenal Stars Among Those Who Took To Instagram To Show Valentine’s Day Love

It wasn’t the best of defending from Brendan Rodgers’ side, as an errant header from Martin Skrtel allowed Dwight Gayle an initial attempt on goal.

Simon Mignolet was able to make the save, but Frazier Campbell was on hand to slot it in; Alan Pardew’s side taking the lead in the fifth round of the FA Cup.

Will Liverpool be the next big name side to make a premature exit?