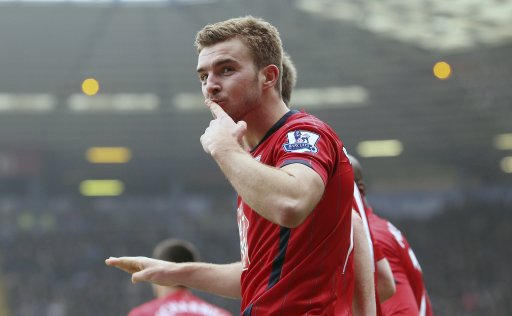 West Brom have raced into a 2-0 lead…

In today’s early FA Cup kick-off, West Brom have taken a surprise 2-0 lead at the Hawthorns as they play host to West Ham.

Resurgent striker Brown Ideye kicked off the scoring in the 19th minute with this tap in. He may finally be living up to his £10 million pricetag.

Midfielder James Morrison doubled their lead before the break with this absolute wonder goal, the Baggies look set for the quarter finals.