A brilliant image has emerged that shows how all eleven players were involved in Arsenal’s opening goal against Middlesbrough on Sunday.

Olivier Giroud applied the finish to the brilliant move, before scoring another just over a minute later. The victory has led to some believing that the North London club are now favourites to defend the trophy they won last season.

Check out the move and a video of the goal below… 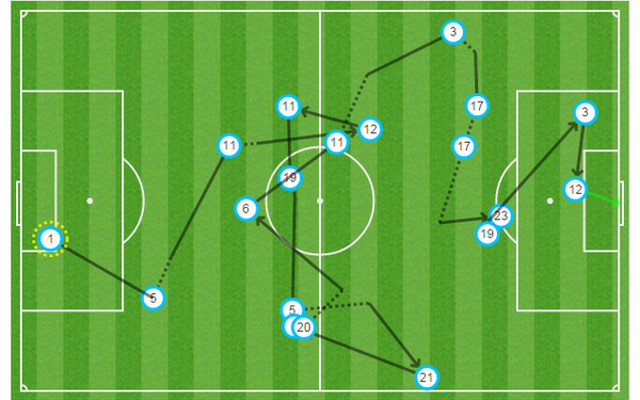