Lionel Messi staring intently at the World Cup trophy after his Argentina side lost the final to Germany in Brazil has won the best World Sport Press Photo award.

The Barcelona man has picked up countless honours in his superb career so far, and this fine image is the latest in his collection – though he clearly would have rather got his hands on that trophy! 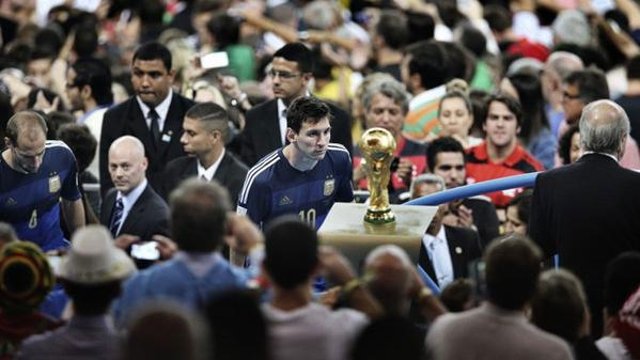