All the latest headlines from the newspapers in Spain as Real Madrid defeat Deportivo but the Bernabeu is still not completely happy with the team. 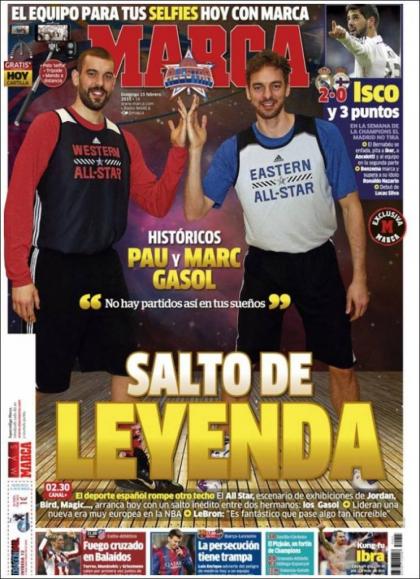 – Historic. Pau and Marc Gasol will become the first brothers to feature in the NBA All-Star Game in New York on Sunday night.

– Madrid 2-0 Deportivo. Isco and three points Madrid didn’t work well in the Champions League week and the Bernabeu gets angry, as they whistle Iker, Ancelotti and the team in the second half. 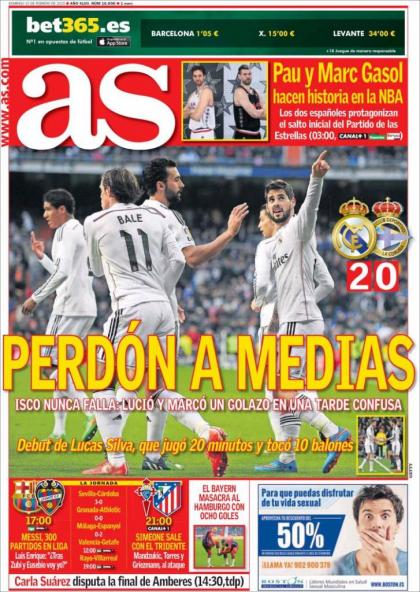 – Isco: Shines and scores a golazo on a confusing afternoon as the Madrid supporters are given a win to bounce back from last week’s embarrassment but they are still unhappy in the second half.

– Enrique: After Zubi and Eusebio, me next?

– Diego Simeone starts with the trident for Atletico Madrid with Mandzukic, Torres and Griezmann. 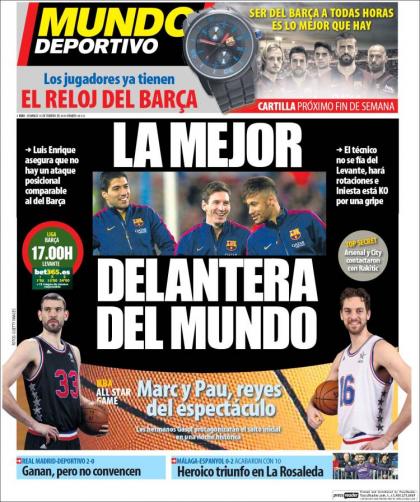 – Luis Enrique says there’s no attack comparable to Barca’s. The Coach is wary of Levante, he will make rotations and Iniesta is KO’d with the flu but he is confident that his trident will make the difference as they usually do.

– Marc and Pau, kings of the show.