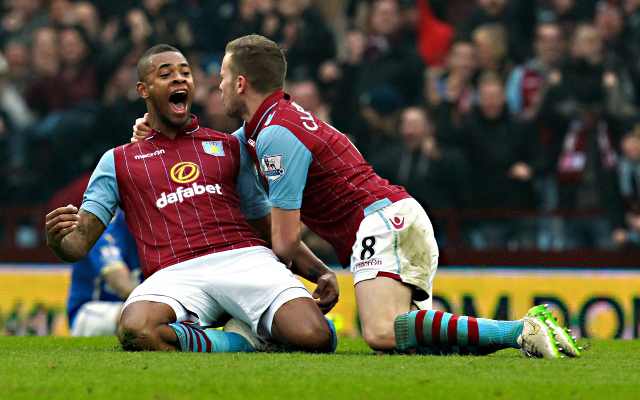 The manager isn’t in charge yet but his influence is still felt.

Tim Sherwood was in the stands for Aston Villa v Leicester City in their FA Cup fifth round clash at Villa Park after being named manager on Saturday and watched his side win 2-1.

Sherwood’s influence was felt as well as after a poor first half display – in which Shay Given’s superb save to deny Matty James was the only highlight – from his new team the 46-year-old went into the changing rooms at half-time to speak to his players.

It worked as well as Leandro Bacuna gave the hosts the lead with great strike from outside the box to beat Mark Schwarzer and for a team that rarely score this was worth waiting for.

Whilst Schwarzer could nothing about Bacuna’s effort the 42-year-old was at fault for the second as a shot from Manchester City loanee Scott Sinclair was spilled into the net by the goalkeeper.

However, Leicester hit back immediately as record signing Andrej Kramaric scored a header that has got to be among the best goals scored in the FA Cup this season, but Sherwood’s men hung on to reach the quarter-finals.