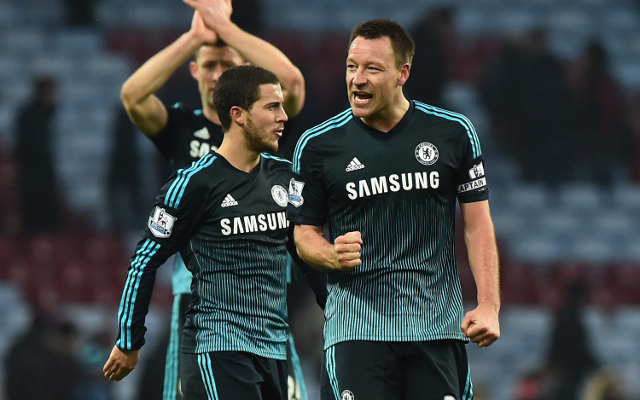 Fixtures are piling up for the treble-chasing Blues.

Chelsea face four games in 16 days that could make or break the Blues’ chase for three trophies – yet captain John Terry insists this will not affect their form, as they have the experience to cope.

Jose Mourinho’s men are bossing the Premier League, have the Capital One Cup final against London rivals Tottenham Hotspur next month, and are competing in the last 16 of the Champions League – and with such a formidable starting XI, the treble dream could come true for the Stamford Bridge outfit.

However, any slip up over the next month could damage their treble hopes, but Blues legend Terry is dismissing the pressure of a fixture pile-up:

“When you have been in the game for as long as I have, you are obviously used to these situations, and a lot of the other players in the squad are as well,” Terry was quoted by the Daily Star.

“Busy weeks are what we’re used to here and, for me, we are at our best when we are playing two, three games a week.

“Knowing the Champions League comes back soon, having a cup final to look forward to and playing loads of games in a short space of time is where we are all used to being.

“As a group of players, it’s how we like it and it’s what this club has been used to over the last 10 years.”