Chelsea and PSG play each other on Tuesday evening in the last 16 of the Champions League. Both Jose Mourinho and Laurent Blanc will hope that their star strikers are able to perform in the encounter.

While some have criticised Diego Costa for his actions on the pitch, no one can deny that he is one of the best forwards in the Premier League. Zlatan Ibrahimovic has had a similar career, with controversy surrounding him as he continues to put the ball in the back of the net.

Who will come out on top on Tuesday? 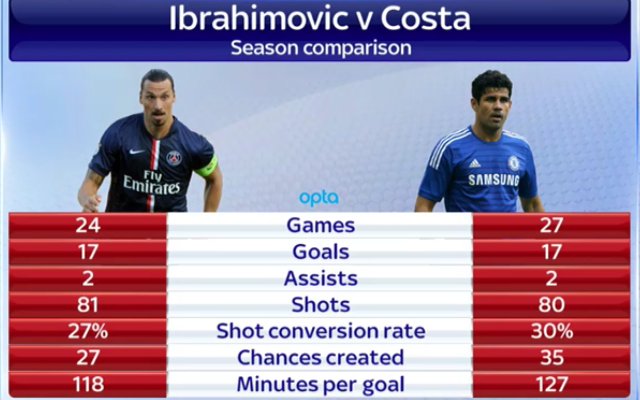