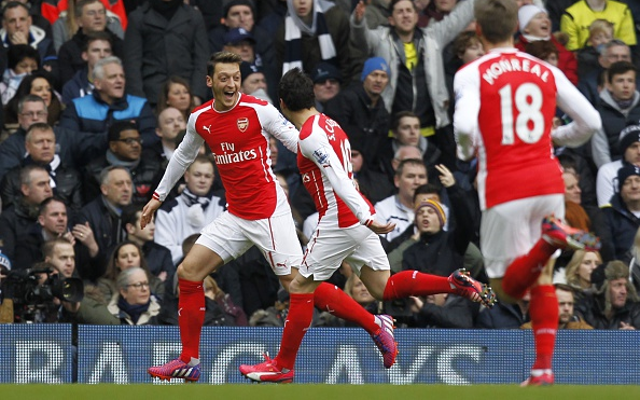 All 11 Arsenal players touched the ball for the first goal..

Middlesbrough midfielder Lee Tomlin took to twitter yesterday evening, after his team were well beaten by Arsenal in the fifth round of the FA Cup.

Tomlin was one of the heroes of the fourth round victory over Man City and made some headlines regarding his tweet about finding Vincent Kompany in his shorts after he produced a magical piece of skill to bamboozle the defender.

However on this occasion, Tomlin wasn’t able to get near the Arsenal midfield and had specific praise for trio Alexis Sanchez, Santi Cazorla and Mesut Ozil.

Arsenal produced some of their best football this season on Sunday, especially in the first half as Boro were left in awe of the movement and quality of passing.