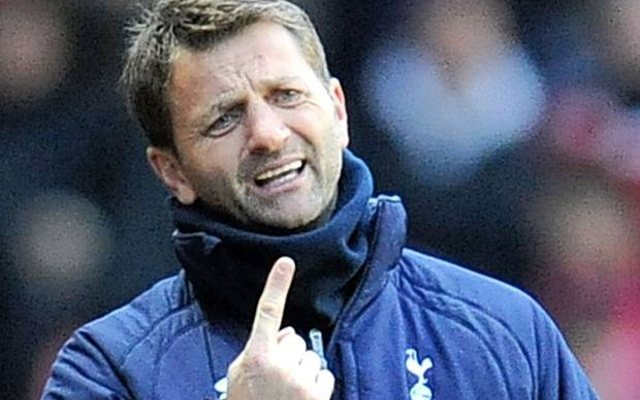 The former Tottenham boss took over at Villa Park this week…

The Manchester United legend left the Midlands side under a cloud earlier in the season, and has a reputation as one of the hardest men in football. However, Gray believes that he will be nothing compared to the new boss.

“Tim is a very good choice for Aston Villa,” he told the Alan Brazil Sports Breakfast show. “He doesn’t suffer fools gladly. If the Aston Villa players thought Roy Keane was hard on them then be prepared [for Tim]. He’s a guy who is going to demand every single thing from you.”

The ex-Tottenham manager has already had an effect on the Villains, with his impromptu half time team talk turning their match against Leicester City around on the weekend. The 46-year-old was not technically in charge of the side at the time, but came down from the stands to help them win the game 2-1.