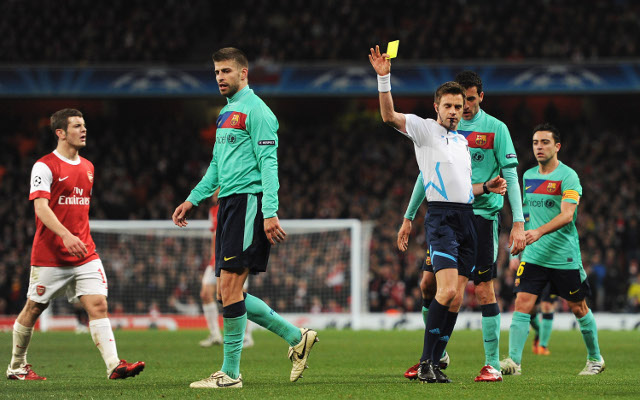 Pique is looking to get his hands on his third Champions League..

Barcelona defender Gerard Pique has revealed his best Champions League last 16 tie was the enthralling encounter against Arsenal in 2011, which pitted two teams with similar philosophies against each other.

The Catalans eventually progressed and went onto win the competition, but the tie was decided in controversial circumstances with both games contested until the final kick of the game.

This week marked the anniversary of the first leg at the Emirates – which the Gunners won 2-1 – in a game which saw two teams trying to win with their respective identity and neither manager curbed their attacking instincts to contain the opposition.

Nearly all the players Arsenal announced in their starting XI that day have departed the club, only Wojciech Szczesny, Laurent Koscielny, Jack Wilshere and Theo Walcott remain.

That Barca side was in their pomp too, quite possibly the greatest club team the world has ever seen.