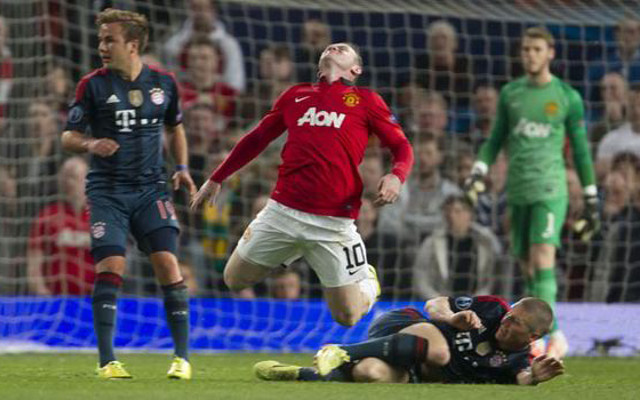 Roy Hodgson believes Wayne Rooney did not dive to win a penalty against Preston.

When questioned over whether he felt Rooney had deceived the referee, Hodgson replied, “Not for me. I just think he was taking evasive action.”

The 28-year-old has received plenty of criticism after he appeared to go down despite there being no contact with Preston North End goalkeeper Thorsten Stuckmann.

The incident gave Manchester United the opportunity to go 3-1 up late on in the FA Cup fifth round tie.

Hodgson has also defended the referee’s part in the decision.

“If you are a referee in the run of play without replays I don’t think any of us would have said it is not a penalty,” he continued.

“The goalkeeper has gone with both feet. Wayne has touched it past him.”

“I am not saying it wasn’t a penalty. I’m saying there was no contact,” said Grayson.

“It wasn’t a dive. He’s gone to get out of the way and taken evasive action.”

The penalty settled what had been a narrow game at Deepdale with the League One side taking the lead early in the second half. Ander Herrera and Marouane Fellaini turned the game around before Rooney sealed the win and handed United a quarter final draw against Arsenal.