The Anfield giants emerged as 2-1 winners at Selhurst Park in the FA Cup 5th Round at the weekend, despite going a goal behind.

The Reds’ goals came from Daniel Sturridge and Adam Lallana after Frazier Campbell grabbed the opener.

Now a picture has emerged of Jordan Henderson and Dwight Gayle during the game – – we’re not sure what’s going on, so we’ll let you interpret it however you want…! 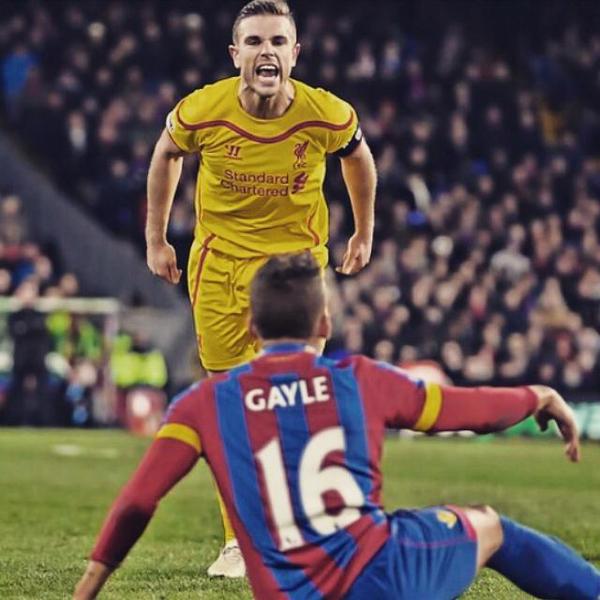