The MLS has offended native Americans.

The 2015 MLS season gets underway in less than a month, with the first round of fixtures scheduled to kick off with LA Galaxy vs Chicago Fire on Friday 6th March.

Ahead of the kick off, the MLS organisers have been parading the MLS Cup – awarded to the winners of the post-season in December.

The problem is, they didn’t really think it through. They chose hot women for the display, but was dressing them in mock native American costumes really the smartest move?

No, we didn’t think so either…

Fans and the media are rightly furious and are demanding a full apology. 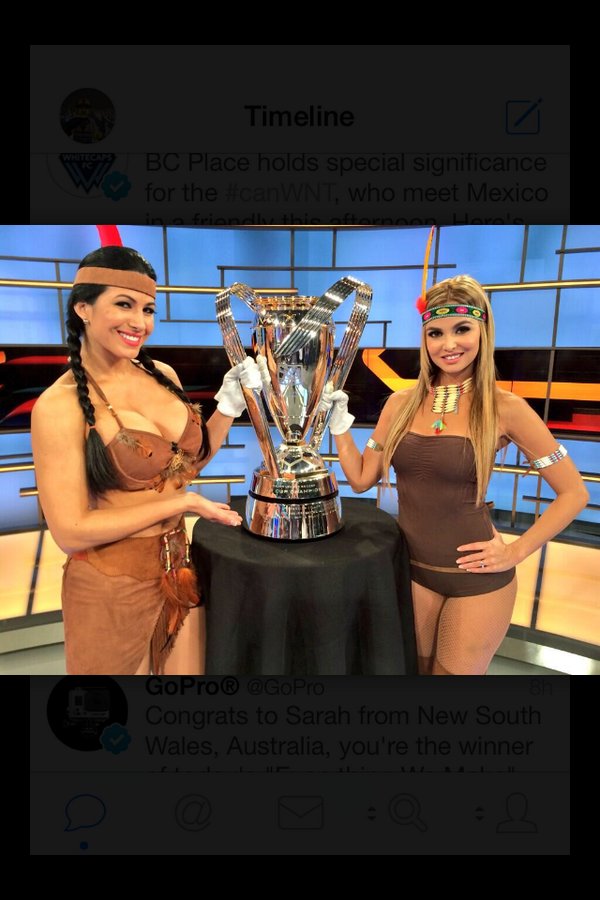