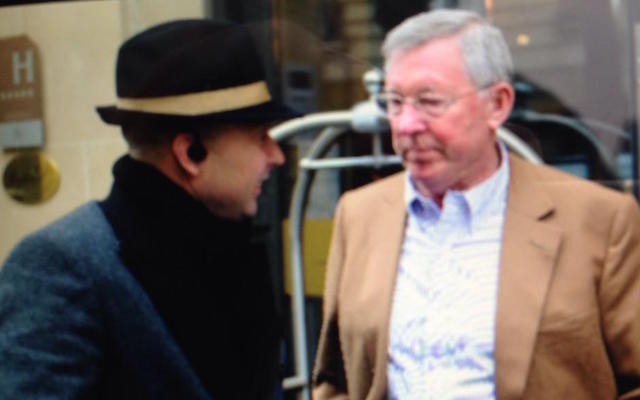 What were the two legendary coaches discussing?

The Portuguese coach is in France ahead of his side’s Champions League last 16 match at the Parc des Princes with Paris Saint Germain.

However, just what Sir Alex Ferguson is doing in there and why he is meeting Mourinho is as yet unknown.

See the image posted by Le Parisien below:

Could Manchester United be about to change their manager for the third time in three seasons? Or is Ferguson offering some last minute tactical advice to the Blues boss?