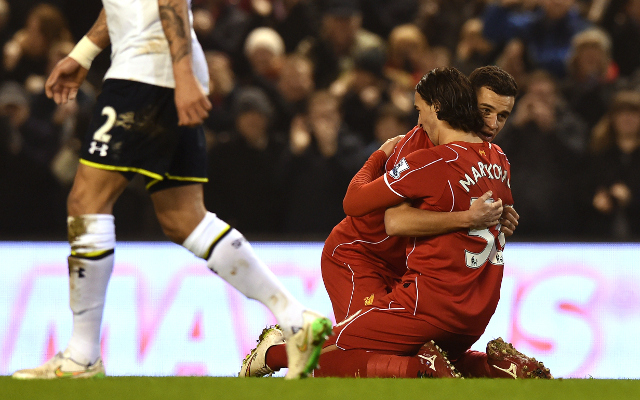 Markovic was sent off in Liverpool’s last Champions League group game for what seemed an innocuous incident. The Serbian’s fingertips skimmed the nose of Behrang Safari, who reacted theatrically.

The Reds were awaiting UEFA’s decision this morning ahead of their Europa League clash against Besiktas and the outcome certainly surprised the Serbian.

If Liverpool do not progress beyond the last sixteen of the UEFA Europa League, Markovic will not feature in the competition again this season.