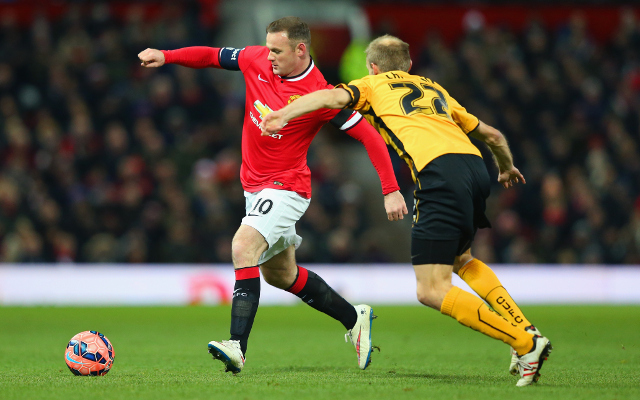 Rooney was centre to much controversy following the challenge which led to his penalty.

Roy Hodgson has weighed in on the debate regarding Wayne Rooney’s best position following Louis van Gaal’s persistence in playing the England man in midfield.

Rooney returned to his preferred role alongside the main striker against Preston in the FA Cup on Monday night, and Hodgson believes that remains his best position.

Following his punditry role during the game, Hodgson spoke to BBC Radio Five Live and claimed that he has no interest in playing Rooney in a deeper role for the national side, but his versatility stretches beyond central midfield.

“It won’t be a problem for him because he can play anywhere,” Hodgson said.

“I’m certain if you pushed him, Wayne Rooney could play in goal and he’d probably be quite good at it. We still tend to think of Wayne as an attacking player,”

Hodgson isn’t likely to test Rooney out between the sticks, but it seems as though the Man United man is happy playing anywhere as long as he’s on the pitch.