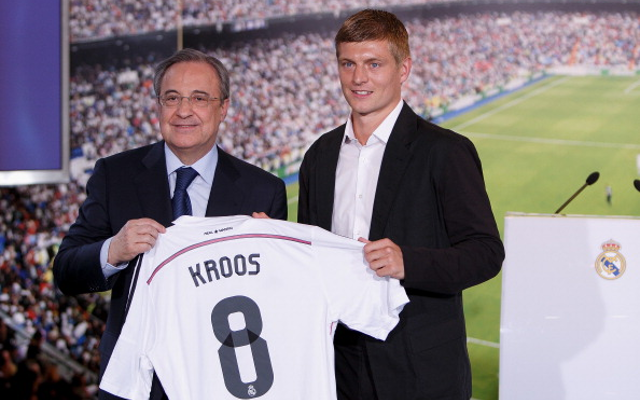 Germany midfielder Toni Kroos decided to join Spanish giants Real Madrid instead of Manchester United because of the faith Carlo Ancelotti placed in him reports the Daily Express.

The German international was one of Manchester United’s main transfer targets last summer and was reportedly expected to join Louis Van Gaal’s revolution from Bayern Munich but instead decided to join Champions League winners Madrid.

“(Carlo Ancelotti) put his trust in me from the beginning. I was in a position where I hadn’t played much,” he said.

“Ancelotti was one of the reasons why I joined this team. He told me that I’d make Real Madrid even stronger.

Perhaps, frighteningly, the World Cup winner believes that he can still improve his abilities as a central midfielder.

“Playing in midfield’s difficult. You have to be versatile, good with and without the ball, defend well, build attacks and engage in 50-50s.

“It’s a difficult position to play and I’m trying to get rid of my weaknesses. I know I can develop further and I’m on it,” he added.

It appears that Kroos’s faith that Ancelotti would use him more than former boss Pep Guardiola did has been vindicated. The midfielder has made 40 appearances in all competitions already this season, just two less than he managed in the whole of last season.