Real Madrid travel to Germany for the first leg of their Champions League last 16 match…
Carlo Ancelotti’s Real Madrid side will travel to Gelsenkirchen in Germany as they face Schalke 04 in their Champions League last 16 first leg tie, and will be looking to take an early advantage to bring back to the Bernabeu. Los Blancos recently suffered the ignominy of losing 4-0 to bitter city rivals Atletico Madrid and will want to put a marker down following that embarrassment.

Casillas has been a shoe-in for Real Madrid so far this season, despite a few below par performances, and will likely play again against Schalke. Usually a safe pair of hands, the Spain international goalkeeper has been more error prone recently which could soon spell an end to a 25 year association with the club.

Carvajal is likely to be given a recall at right back as Real Madrid’s injury crisis worsened at the weekend, with Marcelo going off injured following a rough tackle against Deportivo. Carvajal has 18 appearances this season already and can be relied upon to put in a solid performance.

The Portuguese man mountain is likely to be recalled at centre back with Sergio Ramos injured for Los Blancos. Pepe has been out for around a month but will see this match as an opportunity to get back in the side and back in form.

Raphael Varane was given his chance when Pepe went out of the side with injury and has done reasonably well, apart from the 4-0 drubbing at Atletico Madrid. The 21-year-old Frenchman has impressed since joining Real Madrid and will want to show Carlo Ancelotti what he can do, challenging for a more permanent place in the side, having only started 17 games so far.

The former Liverpool man is likely to be forced into playing left back for his side with Marcelo’s likely absence through injury. The defender has featured sparingly so far this season, only starting 11 games, so he could struggle to adapt to being a more regular first teamer. 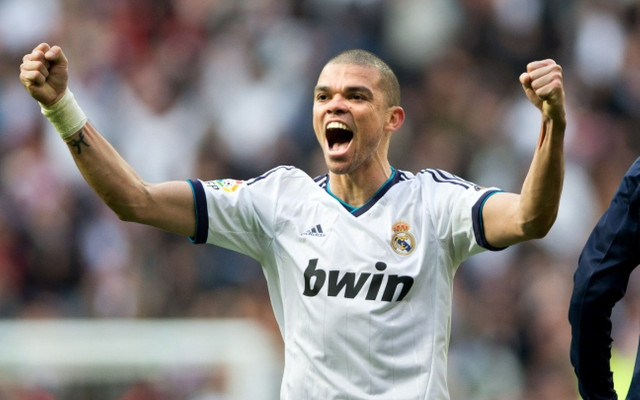