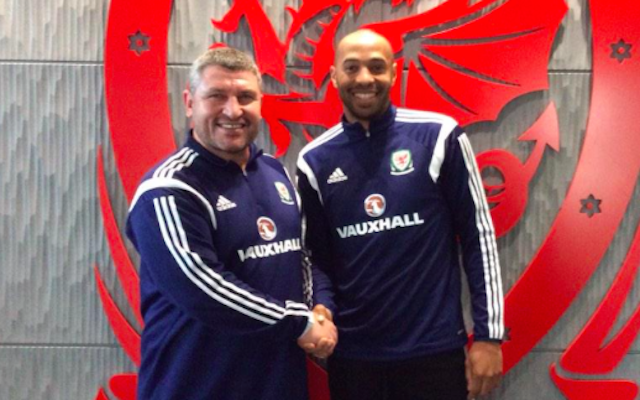 Arsenal legend Thierry Henry has started his coaching badges, with the aim of securing a management role in the future, and the Gunners have offered the chance for their former striker to kick-start his coaching career with their academy, according to the Daily Mail.

The Premier League giants have reportedly given Henry access to their flourishing Hale End academy to nurture the club’s promising future talent – the academy is responsible for the likes of star midfielder Jack Wilshere.

Given his glistening career with the Gunners, the Frenchman has been mooted as a future manager for the club, yet the interest currently remains in using the forward’s expert knowledge of the game to boost their youth system.

Wenger’s hot-seat is safe for the time being.

The 37-year-old is currently working towards gaining his UEFA A and B coaching qualifications, and will be a huge addition to the Arsenal academy, as he looks to keep himself busy following retirement, alongside working as a Sky Sports pundit.