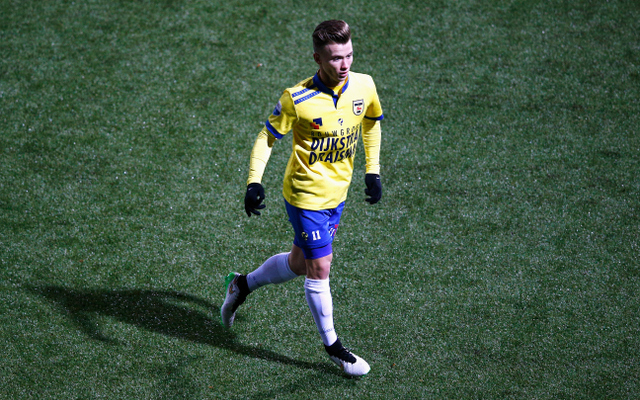 Despite only leaving Manchester City in January, Albert Rusnak may be making a summer move back to the Premier League

The attacking midfielder currently plays for Groningen in the Eredivisie having joined on a free from City in last month’s transfer window but a string of strong performances and great goals has led to speculation that the 20-year-old may be on the move again come the end of the season.

The Slovakian joined City from MFK Kosice in 2010 and was highly ratedbut failed to establish himself in the side as the club craved more immediate success.

Loan spells at Oldham and Birmingham followed but it was during his final loan spell whilst a City player, at Dutch club Cambuur that he came to the attention of the side he would later join, returning four goals in seventeen appearances.

West Ham and Swansea are reportedly just two of a number of clubs, including Italian side Palermo, interested in signing the creative midfielder in the summer.