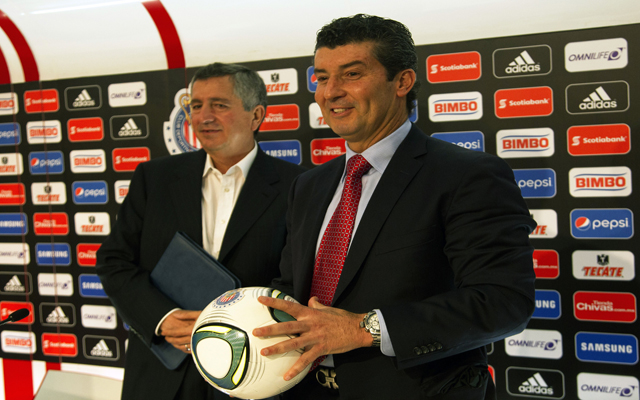 Chepo has been suspended by the Mexican FA.

Jose Manuel ‘Chepo’ de la Torre, the Chivas manager, has been suspended for one game after getting sent off last week.

The Mexican Disciplinary Commission announced the one game suspension on Monday night.

De la Torre was sent off during the game against Veracruz after making constant complaints to the referee, and he will now be forced to miss the Week 7 tie against league leaders Cruz Azul.

Besides De la Torre’s ban, Queretaro‘s Danilo Veron also had his ban confirmed on Monday, and will now miss two games after insulting the referee during his team’s match against Cruz Azul.

Elsewhere, Enrique ‘Paleta’ Esqueda, from Tigres received a one match suspension for violent conduct, and Santos Laguna’s Assistant Manager Helder Domingos was hit with a one game ban after being sent from the dugout in their 2-2 draw with Toluca.

The agency also reported that Leones Negros’ appeal over the expulsion of the Ecuadorian Fidel Martinez had been rejected, and the striker will now sit out next Sunday’s game against his old club Tijuana.