The Blues have again shocked the football world with their fans’ racist behaviour. Here are five examples of Blues players and fans overstepping the line.

Shocking footage emerged last night of Chelsea fans refusing a black man entry to a train in Paris ahead of their Champions League tie with Paris Saint-Germain.

Disgustingly, but sadly expected, this isn’t the first time the Stamford Bridge outfit have been caught up in racist scandals.

From John Terry’s controversy with Queens Park Rangers’ defender Anton Ferdinand, to monkey gestures from the Blues crowd, the club are awash with a history of racism.

READ MORE:
Chelsea news – all the latest news and gossip on the Blues
(Video) Disgraceful! Chelsea Fans Sing “We’re Racist And That’s The Way We Like It” As They Kick A Black Man Off Metro
Racist Chelsea Fan Chants Highlight Dangerous Culture Within Football And Beyond

Perhaps the biggest racist incident to happen in the Premier League – in a heated league clash in 2012 between the Blues and QPR, John Terry allegedly called Anton Ferdinand a “black ****” – something the defender vehemently denied.

The scandal cast a shadow over the club, and the then England captain.

The Chelsea skipper was cleared by court but charged by the FA with a four-match ban and a £220,000 fine – although many argue this was not enough. 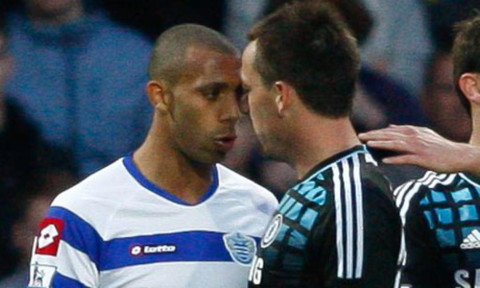