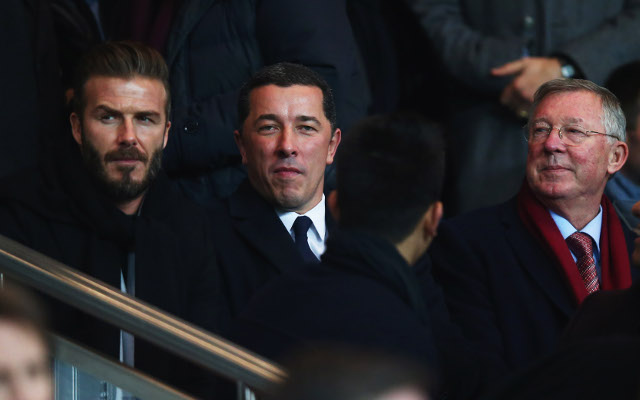 The two Manchester United legends spotted in the crowd.

Sir Alex Ferguson and David Beckham were pictured in the Parc des Princes crowd last night as Chelsea and Paris Saint-Germain drew 1-1 in the Champions League first-leg tie of the last 16.

Beckham returned to watch his former club, where he ended his European playing-days, while Fergie is reportedly in Paris on business with UEFA, in fulfilling his ambassadorial role. 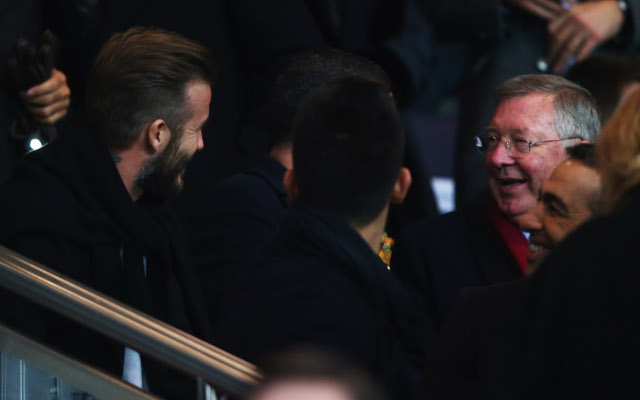 The famous Red Devils midfielder also caught up with former French president Nicolas Sarkozy… Is there anyone the 39-year-old doesn’t know?! 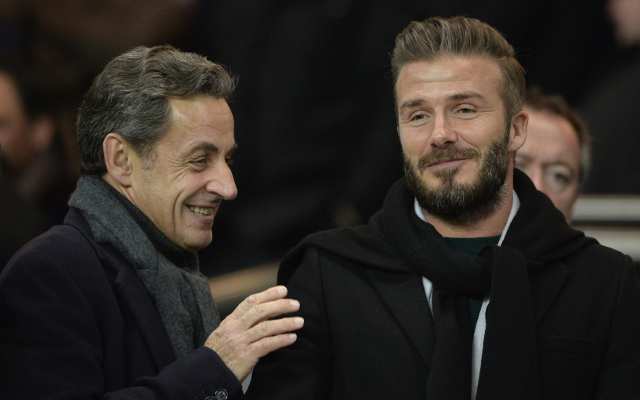 Europe’s football governing body’s president, Michel Platini, was spotted in the crowd, too, who the Scot couldn’t help but have a chat with. 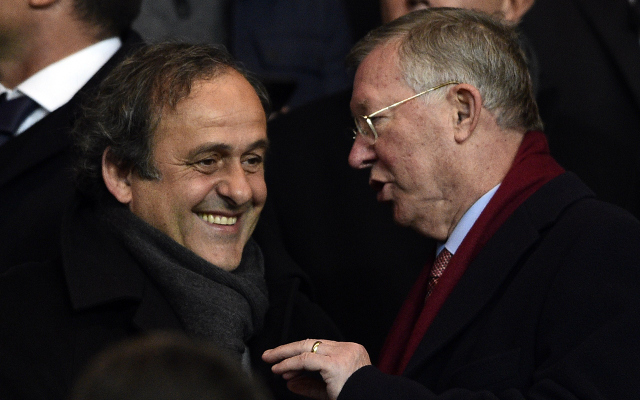