A far cry from his Manchester United or Real Madrid days…
The year was 1995, and, though it’s hard to believe now, David Beckham was an unproven 19-year-old midfielder with just one first team appearance under his belt. Sir Alex Ferguson decides it’s time for the youngster to get some first team experience at Preston North End, and they get him for an absolute bargain.

That’s right, Golden Balls was on a paltry £400-per-week for the Lilywhites, who he scored twice for in five games. 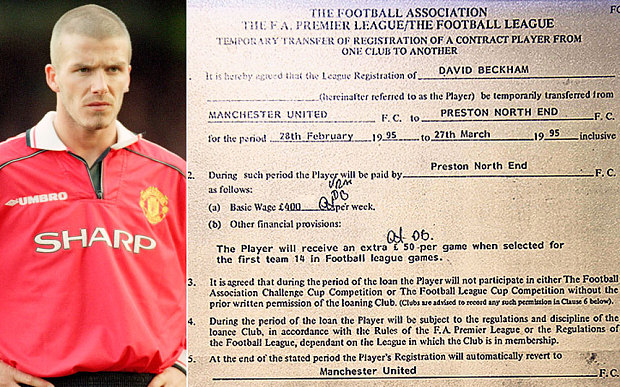