As if the Portuguese doesn’t have enough…

Real Madrid star and 2015 Ballon d’Or winner Cristiano Ronaldo has been given a customised iPhone 6 for earning the World Player of the Year award.

We think this is a bit much, but can’t imagine the Portugal captain will agree! 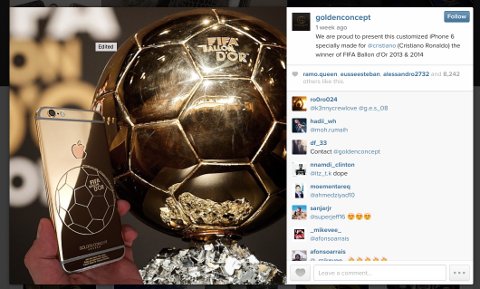