Scotland have finally won something.

Scottish football may be long past its heyday, but new research by European Football Statistics suggests Scotland are only behind Iceland in terms of the percentage of their population that attends football games.

3.81 percent of the Scottish population goes to football matches. Iceland lead the charts with 3.86 percent, while the English are also above average with 2.85 percent.

At the other end, Eastern European countries are among the worst, with Bulgaria, Ukraine, and Belarus all faring poorly.

Check out the map below… Where does your country rank? 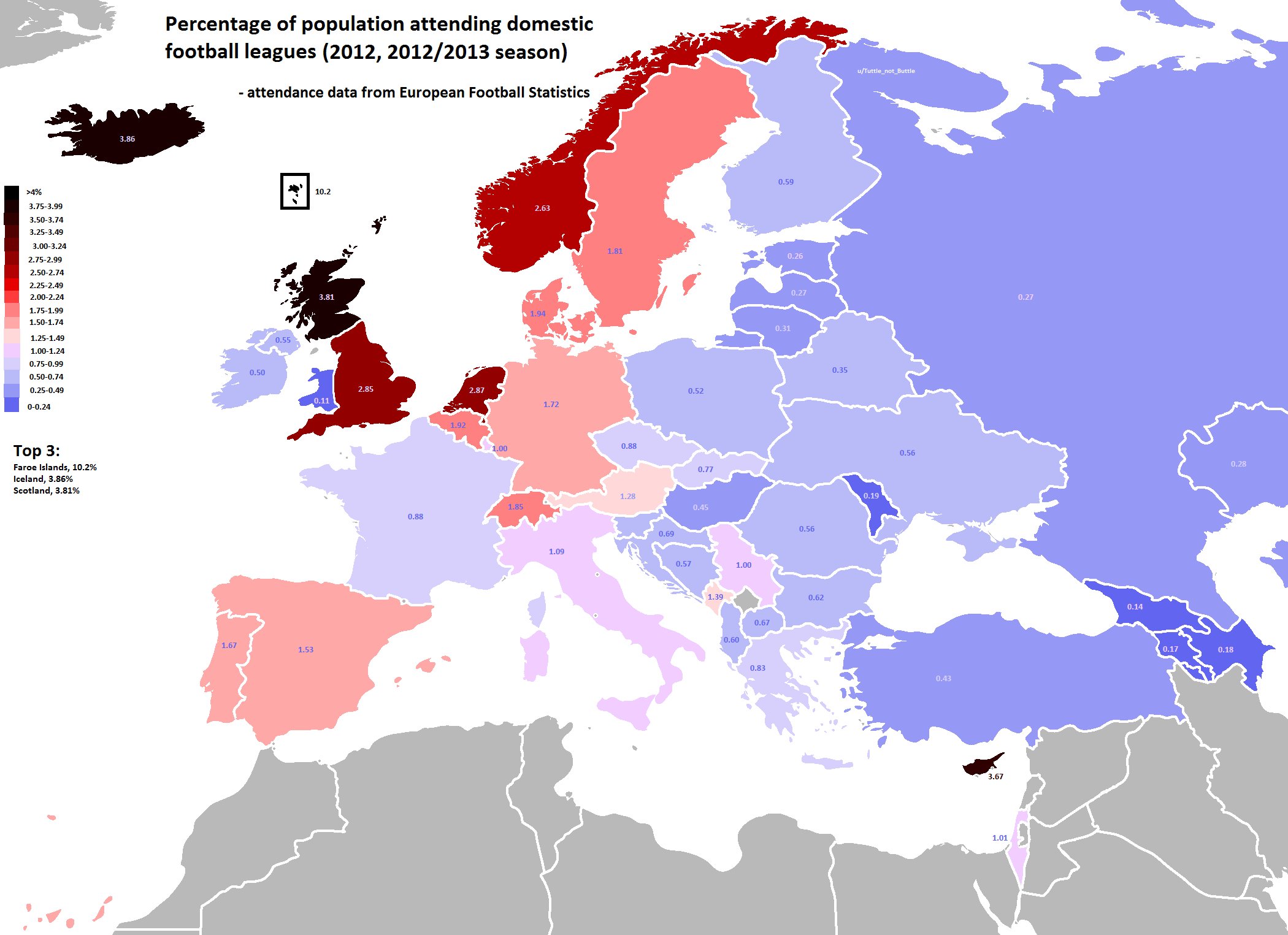