Cologne fans dramatically invaded the pitch and fought with members of the police during the closing stages of their side’s 1-0 defeat to Borussia Monchengladbach on Saturday evening.

Granit Xhaka scored the only goal in the 90th minute, much to the displeasure of the Cologne fans who promptly stormed the ground. The police fought back, punching and kicking those trying to reach the players.

The Rhine derby ended in ugly scenes, with several fans dressed in white boiler suits throwing flairs at the players as they left the field. Cologne have quickly moved to condemn the behaviour.

See the shocking pictures – via the Daily Mail – below: 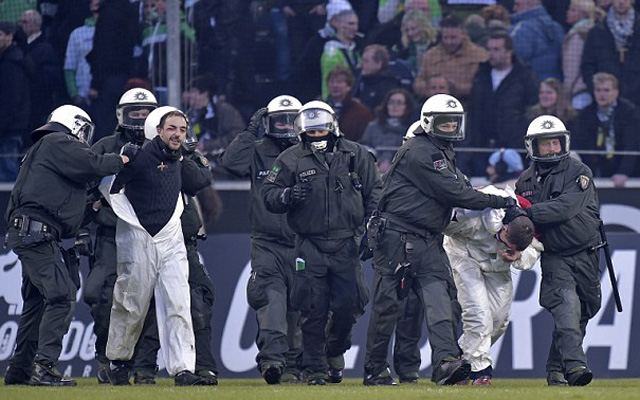 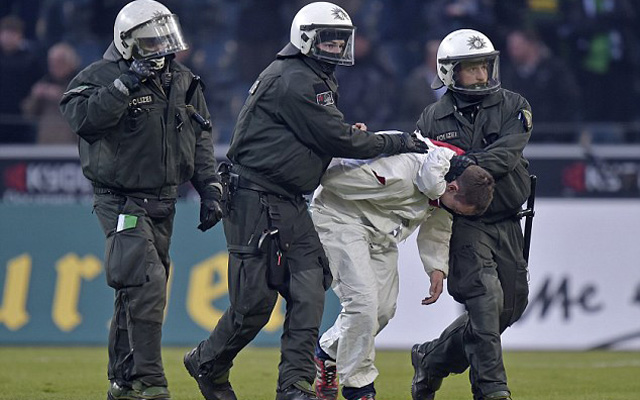 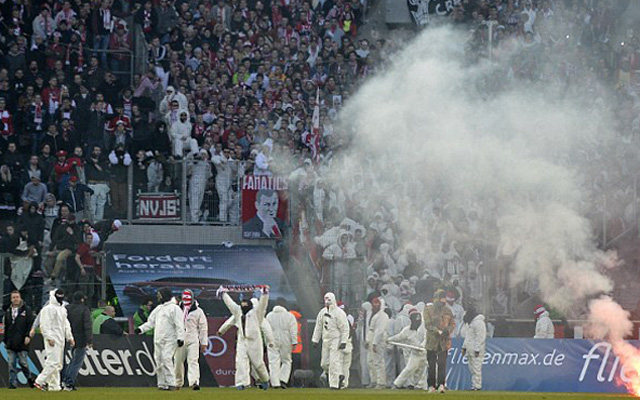 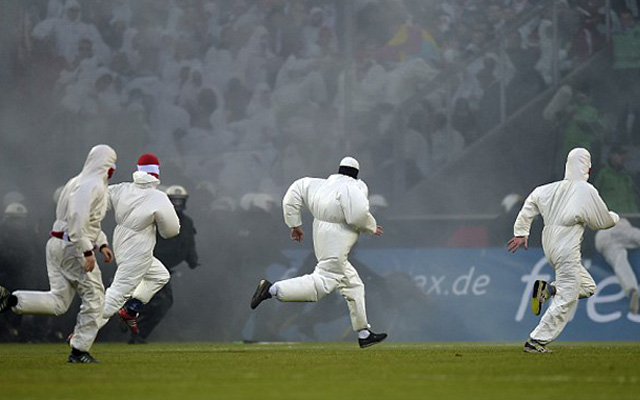 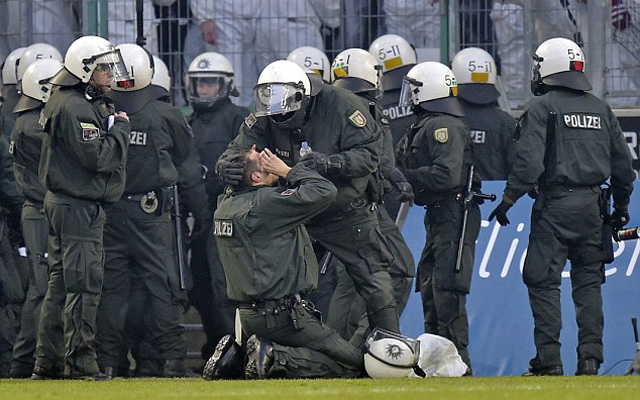