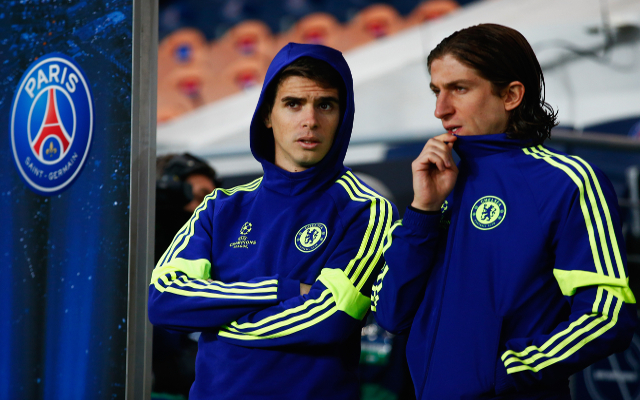 Serie A side set sights on Stamford Bridge star.

Juventus are reportedly set to switch attention from Palermo star Franco Vazquez in favour of a move for Chelsea playmaker Oscar according to the Daily Express.

The Serie A side have seemingly been put off by the £19m price-tag placed on Argentine Vazquez and are now open to making their interest in Blues star Oscar known.

This source believes Oscar’s market value is £35m and that’s a fee the Turin based side are ready to fork out for a player of the Brazilian’s standing.

Regardless of Juventus’s interest it’s highly unlikely Jose Mourinho would consider offers for Oscar, a player who is key to his first team set-up, or indeed is clear as to whether such a move would even interest the Stamford Bridge star.

Though the 23 year old wasn’t named in Chelsea’s starting eleven for Tuesday night’s trip to PSG he has been a virtual ever present this term.

Indeed Oscar has rarely been out of the Chelsea line-up since his move to West London back in the summer of 2012, the former Internacional man has racked up 141 appearances for the Premier League outfit, and with Mourinho’s side riding high at the top of the domestic table there seems little reason he’d consider a Blues exit any time soon.