Brendan Rodgers put Liverpool’s Europa League preparations aside and met the Queen, as he attended a function to celebrate Diabetes UK’s 80th birthday, reports The Mail. 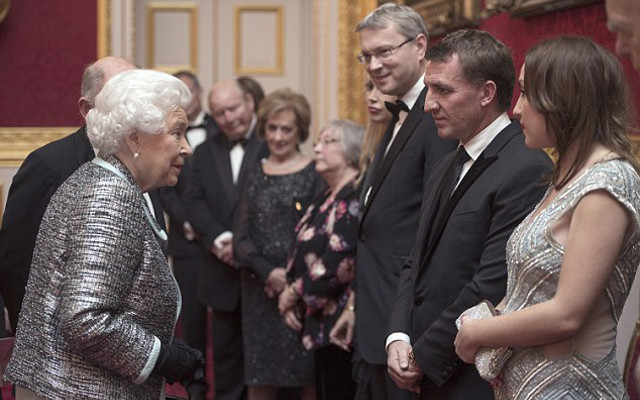 Image Courtesy of The Daily Mail

The Liverpool boss was joined at the event by his 19-year-old daughter, Mischa, who has suffered with type one diabetes since the age of seven.

“To be able to support the charity is a great honour, and it is a complete honour and privilege to be here.

“An event like this shows the seriousness of diabetes – if someone like the Queen is patron of the charity and is celebrating the work at that it does,” Rodgers said.

His focus will now switch to the first leg of their Europa League tie against Besiktas on Thursday.

The game signals the first return to Anfield of former Chelsea striker, Demba Ba since the goal that seemingly snatched the Premier League title from Liverpool’s grasp.

Liverpool will be without Lazar Markovic after it was announced that the midfielder will be banned for four matches following his red card against Basle in the Champions League earlier in the season.