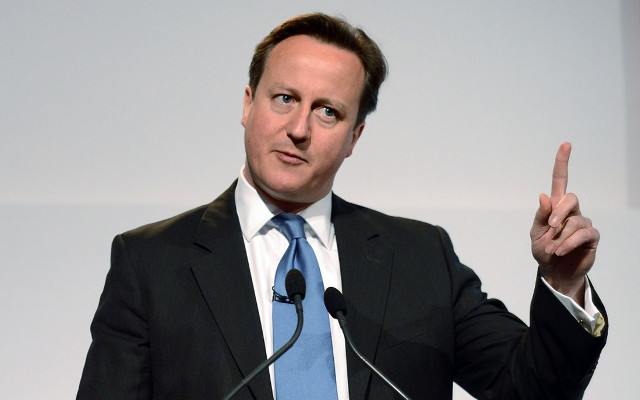 The PM is a sporadic Aston Villa fan…
New Aston Villa manager Tim Sherwood will be able to rest easy at night knowing their most fair-weather supporter, but also the most powerful man in the country, David Cameron, has backed him to succeed in his new post, reports the Guardian.

The Prime Minister hailed the former Tottenham Hotspur player and manager as ,”a very good guy and will make a big difference.”

Cameron was speaking, and answering questions, at Rolls Royce in Goodwood, West Sussex, and he was hopeful that his club could avoid relegation from the Premier League. “The thing about the Premier League is you only need a couple of wins to get you out of the danger zone. You have to get some wins against the teams that are at your level or below,” he said.

Insightful stuff from the man of 10 Downing Street indeed.

Talking about his family, Cameron wasn’t so pleased though as he revealed his sister was an Arsenal fan, while his son, Arthur, had defected to Chelsea after Villa’s disappointing showing in a game away at QPR. He said, “I took him to QPR to a game against Aston Villa and I thought he would either be a Hoops fan or a Villa fan, and he came out after the game, it had been a bit disappointing, and he said, “Those teams are obviously not going to be right for me so I am going to be a Chelsea fan.””

The head of the Conservative Party did bemoan the fact that his son now thinks it is normal for fans to chant at his father during football matches after taking him to Stamford Bridge for an 8-0 Villa loss.