All the latest headlines from the newspapers in Spain as both Marca and AS insist that it is time for Cristiano Ronaldo to step up and be his normal self. 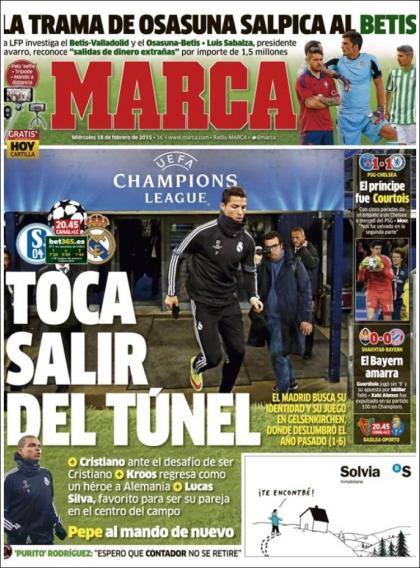 – Cristiano against the challenge of being Cristiano. Toni Kroos returns to Germany as a hero while Lucas Silva is the favourite to partner him in midfield against Schalke on Wednesday night.

– Real Madrid search for their identity and style in Gelsenkirchen, where they dazzled last year (1-6). However, their recent form suggests that they need a big performance to repeat that kind of scoreline.

– The Osasuna plot takes in Betis. The LFP are investigating Betis-Valladolid and Osasuna-Betis.

– Luis Sabalza, President of the Navarrans, recognises ‘a strange outgoing of money’ of €1.5m. 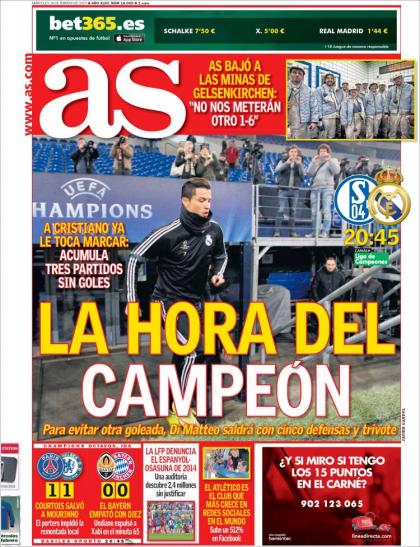 – Time for Cristiano to score. Three games since he last scored.

– AS with the miners of Gelsenkirchen: “We won’t have another 1-6”.

– The LFP investigating Espanyol-Osasuna in 2014. An audit discovers €2.4m that can’t be justified as scandal threatens to go deeper.

– Atletico is the club with the fastest growing social network in the world. Rises 512% on Facebook. 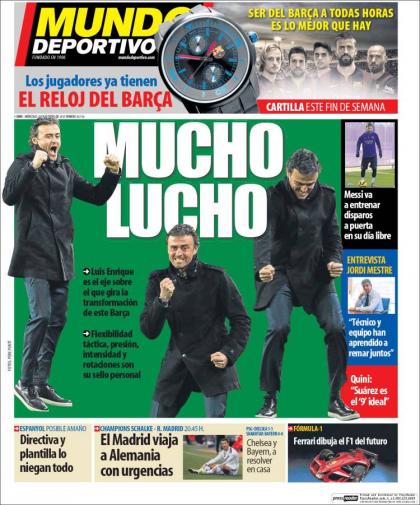 – Luis Enrique is the axis on which turns this transformation of Barca. Flexible tactics, pressure, intensity and rotations are his personal stamp.

– Lionel Messi practiced shooting on his day off.

– Champions League – Schalke-Madrid. Madrid travels to Germany in an emergency.

– Chelsea and Bayern, settle at home after claiming draws away at PSG and Shakhtar respectively.