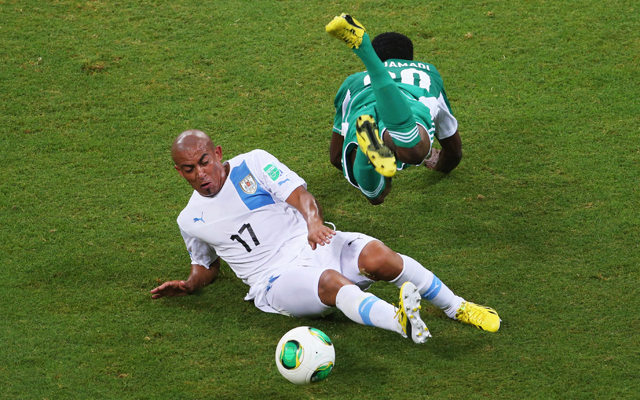 Tigres UANL will be without Arevalo at the weekend.

It means the 33 year old defensive midfielder will be forced to sit out their trip to Chiapas at the weekend. It is a major blow for Tigres, who are already without Arevalo’s regular partner in centre mid Jose ‘Gringo’ Torres, who has had surgery for a slipped disk.

Arevalo, who was widely regarded as one of Uruguay’s best players in last summer’s World Cup in Brazil, was linked with a move to Liverpool earlier this year, a move that could yet be resurrected if Lucas leaves the Anfield club this summer.

“Little by little I am improving, I feel better. It’s not good to miss games, you always want to be on the pitch and be a participant, but injury issues have to be dealt with and I must make the necessary recovery” he said.

Tigres won 3-0 in their Copa Libertadores curtain raiser last night against Juan Aurich. They are currently 8th in the Liga MX, but are slowly recovering after a poor start to the 2015 campaign.