The Champions League resumed last night, as Chelsea left Paris with a 1-1 draw.

The Stamford Bridge club turned in reasonable performance, but were widely criticised for their marking which allowed PSG’s Edison Cavani to slip in for host’s equaliser.

Sky spent hours discussing the event in their post-match analysis… Perhaps they should have just displayed this photo?! 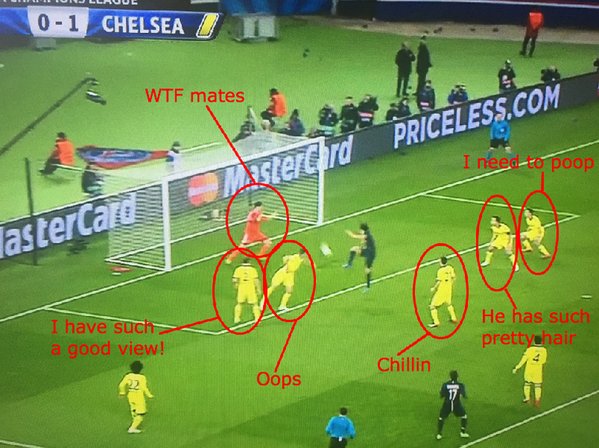